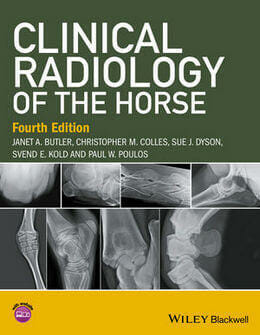 Clinical Radiology of the Horse is the best-selling, practical guide to all areas of equine radiography and radiology written by an experienced group of clinicians with a broad range of backgrounds.

Janet A. ButlerJan specialises in equine radiography and has 40 years’ experience in this field. She joined the Animal Health Trust in Newmarket, UK in 1975 where she gained considerable experience working with many internationally renowned veterinary surgeons. Since 1997 she has been working in private practice, initially at the Willesley Equine Clinic, UK, which since 2009 has been part of the B&W Equine Group.Christopher M. CollesChris qualified from the Royal Veterinary College, UK in 1971. After three years in mixed practice (where he obtained a Part I Diploma in Radiology) he joined the Animal Health Trust as a clinician in 1975. He has carried out research in many areas of equine orthopaedics and radiology, having a particular interest in the horse’s foot. In 1988 he returned to practice, where he became a senior partner in Avonvale Veterinary Practice, specialising in equine orthopaedics, until his recent retirement from practice. He is recognised by the Royal College of Veterinary Surgeons as a Specialist in Equine Orthopaedic Surgery. Chris was awarded an Honorary Fellowship of the Worshipful Company of Farriers in 2000 in recognition of his research into conditions of the foot, and involvement with farriery education.Sue J. DysonAfter qualifying from the University of Cambridge in 1980, Sue worked for a year at New Bolton Center, University of Pennsylvania, and then spent a year in private practice in Pennsylvania. Sue then joined the Centre for Equine Studies of the Animal Health Trust, UK, where she has specialised in lameness diagnosis and diagnostic imaging. Sue is recognised as a Specialist in Equine Orthopaedics by the Royal College of Veterinary Surgeons and holds the RCVS Diploma in Equine Orthopaedics. She is an Associate of the European College of Veterinary Diagnostic Imaging. She has published widely on lameness, radiography ultrasonography, nuclear scintigraphy and magnetic resonance imaging.Svend E. KoldSvend qualified from The Royal Veterinary and Agricultural University in Copenhagen in 1979. He then spent over 10 years at the Animal Health Trust in Newmarket. After a sabbatical year at Colorado State University, he joined the Willesley Equine Clinic, UK, where he was a partner until 2009. He is now a private consultant. He specialises in lameness and orthopaedic diagnostics and surgery and is recognized as a Specialist in Equine Orthopaedic Surgery by the Royal College of Veterinary Surgeons. He is veterinary consultant to a European equine insurance company and is involved as an expert in many equine legal cases, both in the UK and Europe. He has published regularly on orthopaedic subjects.Paul W. PoulosFollowing graduation from the University of California at Davis in 1960, Paul founded a private practice. In 1972 he returned to Davis to specialise in radiology where he was became Diplomate of the American College of Veterinary Radiology. He moved to the Royal Veterinary College of Stockholm, Sweden and later was Associate Professor at Radiology at the University of Utrecht. On return to the USA, was Professor of Radiology at University of Florida, and later chairman of the Department of Radiology. In 1990 Paul left academia to establish his own consulting practice, Poulos Veterinary Imaging, based in Ukiah, California. He has published widely on osteochondrosis, navicular disease and diseases of the fetlock. Paul is now retired and has not contributed to the fourth edition of the book.With contributions from Sarah PuchalskiFollowing graduation from the University of Saskatchewan in 1999, Sarah worked for two years at New Bolton Center, University of Pennsylvania.  In 2001 she moved to the University of Davis, California to specialise in diagnostic imaging.  In 2004, she was awarded Diplomate of the American College of Veterinary Radiology. After 12 years in the diagnostic imaging department of the University of Davis, California, Sarah recently moved into private practice in California, but remains Adjunct Associate Professor of Diagnostic Imaging, Department of Surgical and Radiological Sciences, School of Veterinary Medicine, University of California, Davis. Sarah has published widely on many aspects of diagnostic imaging. 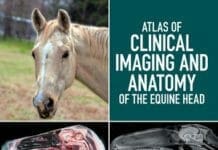 Atlas of Clinical Imaging and Anatomy of the Equine Head 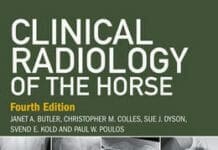 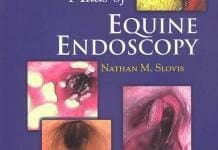 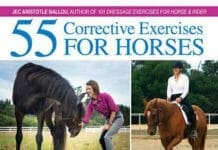 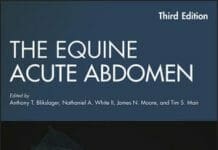 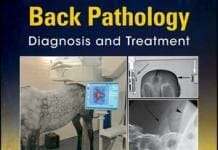 Equine Neck and Back Pathology: Diagnosis and Treatment, 2nd Edition